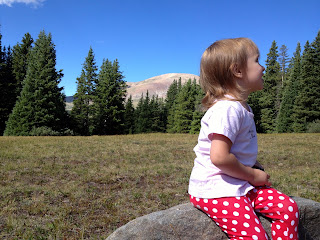 Since then she has had some success on the potty.  More than once.

She has helped me make dinner, in an actually slightly helpful way, and has EATEN some of the food that subsequently appeared in front of her.  At a mealtime.  Without being forced.

She has gone on a four mile hike at high elevation, and has remained cheerful for almost the entire time. 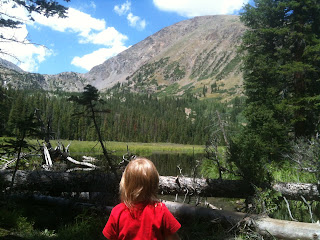 This afternoon she requested birthday cake.  I told her that she would have to wait until after dinner, and she said, “But I AM three!”  As if that were the magic factor that made cake acceptable in the daytime. 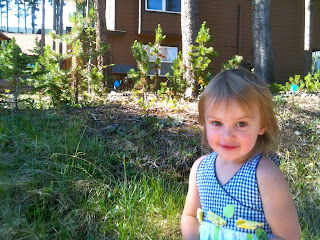 Tonight she came running and yelling to get my attention, and when I indicated that I was on the phone, SHE WENT AWAY AND WAITED PATIENTLY FOR ME TO FINISH!

She fell in love with some of the decorations at a party we were at, but when I explained that they were not hers to take home she acquiesced graciously.

She still has melt-downs, and tantrums, but is surprisingly self-aware about them.  As soon as I can get her to take a deep breath, and calm down a little, I can discuss them with her and she knows why she’s upset and we can fix things in a reasonable way. 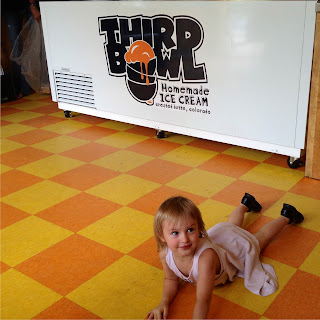 She's more independent than ever, but also more loving.  Less tolerant of my traveling, but ever more game to come along - on just about any outing.

Three is so much better than two I can’t even stand it.