Breaking Through the Plateaus 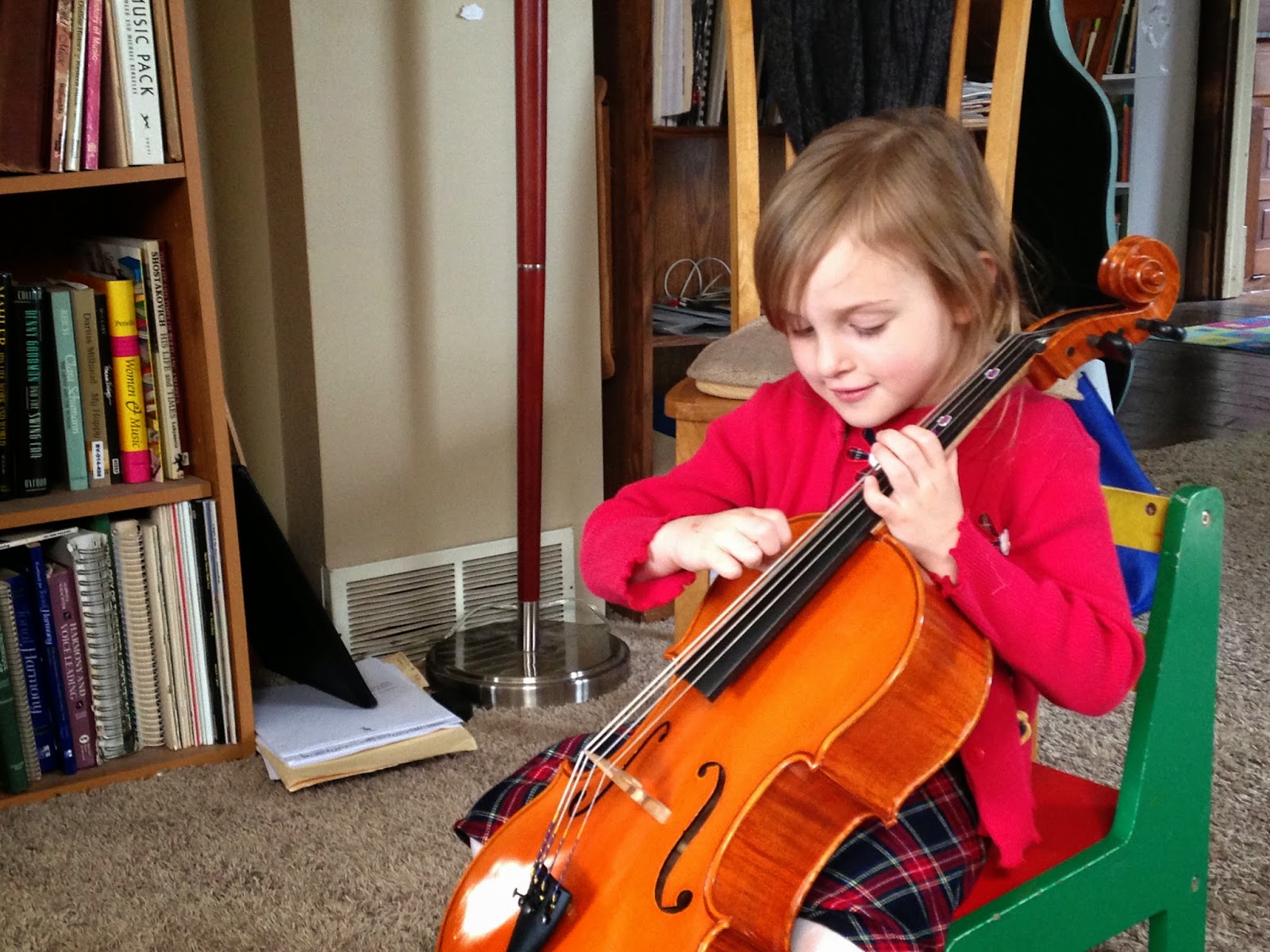 You’ve heard before that Zoe is struggling with the cello. It turns out that not every week is as fun as the first week.  And we almost caved and let her quit a few months ago, which I’m sure would have been a relief to her teacher.  We’ve been dragging through this semester, waiting for summer and a much-needed break.  And then last week we went to her lesson and she ACED it.  Had a huge breakthrough with her counting and plucking, got to play a little bit of a duet with her teacher.  Seemed to be re-inspired.  Has had better practice sessions ever since.

I have a high school student who can’t count.  Has NO rhythm or internal pulse.  We’ve been banging our heads against the walls all year trying to solve this problem.  She’s an adept mimic, which is how she’s made it through the system this long - if I play something for her she can play it right back, and if she hears a lick in band often enough she can approximate it pretty well.  But all year she’s been totally incapable of independently working out a rhythm on the page, or of keeping a long phrase in her head well enough to fool me, or of sightreading at all.

But this past Monday I pulled out her etude book and she knocked off three or four complex exercises, just like that.  I tested her on triplets, 16ths, and 8ths, and she nailed them.  I put brand new works in front of her and she delivered the goods.

What happened? I asked her, disbelieving.
We’ve been doing a lot of sightreading in school, I guess.
But you’ve always faked the sightreading!
I just started to understand it.

I don’t know what is going on under the surface in the brains of my students, but I do know that I can say the same thing a million times, using the same words or different ones, and get nowhere for months, but on the one million and oneth time the concept just pops.  I’ve seen it often enough that it shouldn’t surprise me, but like anyone, I can get stuck mid-semester in the feeling that nothing will ever happen.  That students will always be where they are and I should just phone my teaching in.  That I don’t have the energy or the skill to fix anyone.  I think that nothing is getting through, and I hear no improvement, and then it all just happens at once.

As teachers, we would be more comfortable seeing tiny improvements every week than this endless-seeming stagnation which suddenly, for no apparent reason, breaks through to greatness - but sometimes this is just the way it is.  Week after week, lessons that feel like slogs, and a sense that nothing will ever change, and then POP!  A major new step.

That’s what I’m hoping for in my running right now.  I don’t need to complain about the horrible winter we had - everyone went through that - and I don’t have any really good excuses for the time I took off early in the spring.  The fact is, though, that I’m nowhere near where I want to be - I’m struggling to pull off simple 3 and 4 milers - and I have to hope that if I just keep forcing myself out there I will eventually pop back through to the sense of ease and enjoyment that I am missing.  I don’t like the feeling that I need to work back to what I see as normal, rather than ahead to new heights, but I need to accept the reality of where I am at the moment, and the fact that my choices over the hard winter and the cold wet spring have put me in this place.  This is where I am, and I trust that under the surface, invisibly, my body is preparing to leap to the next level.  It can’t happen soon enough to suit me.