September 23, 2014
Do you remember being sick?  Feeling off, and being not sure if it was the flu or strep throat, or whether it was a bug bite or a weird allergy, or hay fever or lung cancer?  You nurse it along for a few days, and then it starts to get you so anxious that you finally go to the doctor, and you get the answer.  And even though you don’t have the antibiotics yet, or the cortisone shot hasn’t kicked in, you feel better, and more confident, because now you KNOW what is wrong with you.  There's a word for it.  It’s an enormous relief, and you often start to mend right from that moment. 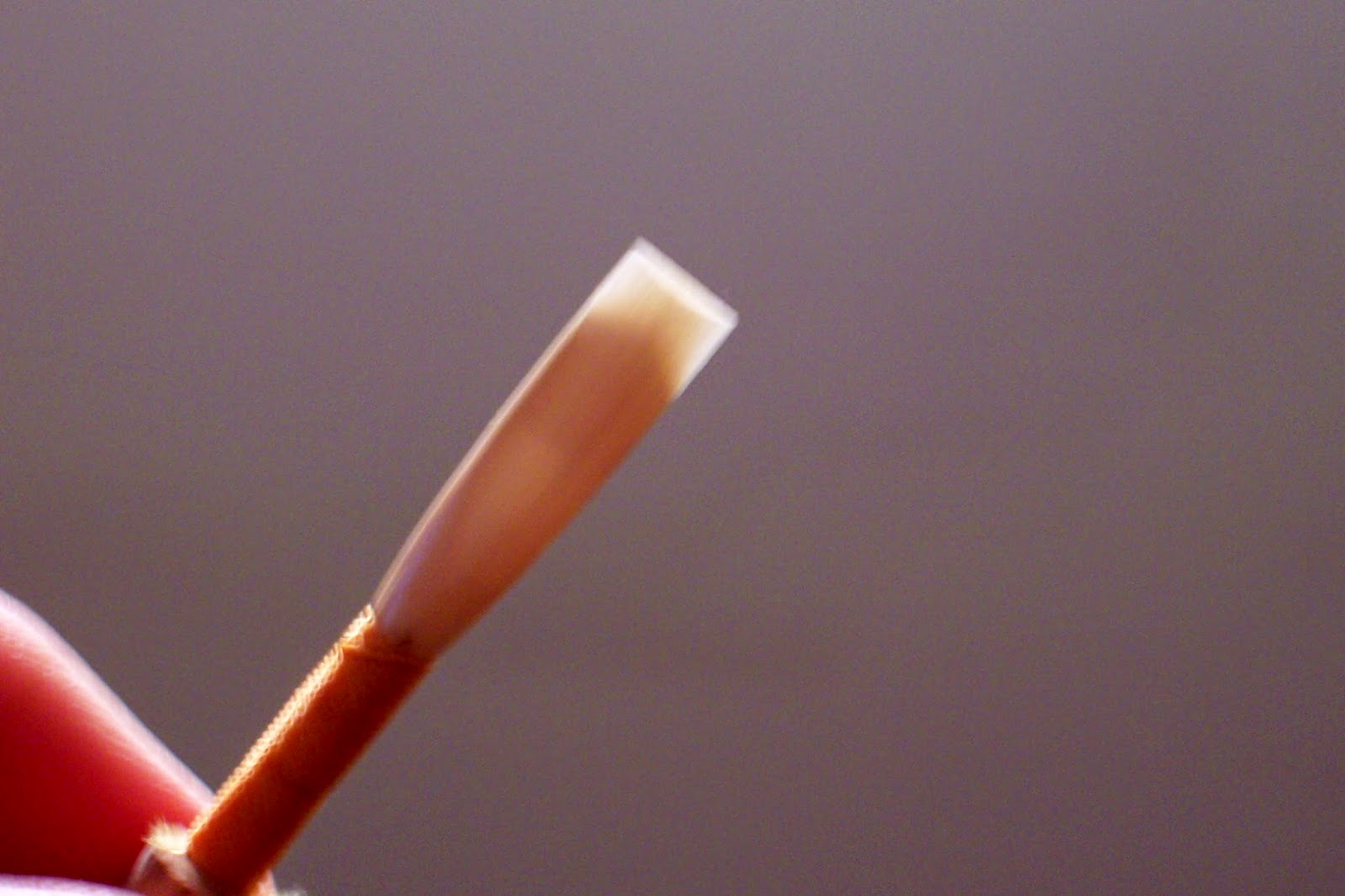 This summer I again held my Oboe Reed Boot Camp, and I had five eager students.  Four were adults, two of those had been reed makers to begin with, and all four got the hang of things very fast and began to turn out reeds right away, so we spent most of the three-day session talking about nuances.  Talking about the relationship of the tip of the reed to the heart of the reed.  How different cut-in angles could produce different results.  What to do to solve specific reed issues.  How winding shorter or longer blanks could change the throat dimensions, and what those changes would imply.  Complex stuff.

The fifth student was a college student of mine, who was not an oboe major, but wanted to take control of her reed making.  I respect that.  She did not have immediate success in the Boot Camp, and I can respect that as well.  Reed making is crafting, and carpentry, and physics, but it really has nothing to do with musicianship, or PLAYING the oboe, or any of the skills that an oboist has worked hard to acquire right up to the point that she starts learning to make reeds.  Although the reed is essential to the playing of the instrument, the making of reeds is an unrelated skill.

So, for three days we all worked, and four people left making better reeds than they ever had before and my student left with what I feared was nothing much.  I had worked with her as much as I could  while also giving full value to the other four, and I felt bad that she was not making reeds yet.   Sometimes it takes longer than three days to learn a new skill, no matter how much energy I exert as a teacher.

But when school started and I saw her for our first lesson of the year, she was excited.  Inspired.  Delighted.  She said that her oboe playing had gotten better simply because she now understood how to talk about reeds.  The language that we used in reed making had empowered her to be able to tell the difference between a reed problem and an oboe problem and a user problem, and it had opened up her world.

If you don’t know that something can be done about the reed, you assume that the problem is you.  Just recognizing that a difficult reed might be hard in the “response” or hard in the “sustain” or both - EVEN IF you don’t have the skills to fix that problem - empowers you to believe that a fix is possible.  Just knowing that “flexible” is a word that can be applied to a reed, or that a reed can be “balanced” or “buzzy” or “resistant” - these words can tell you that it might not be your fault.  That there’s a way out of the struggle you are currently having, even you don’t know the way, exactly.

It’s freeing to realize that problems have solutions.  If you’re expending all of the energy you have against the oboe, maybe it’s not that you’re irredeemably bad at it.  Maybe the reed is too closed.  If your sound is bright and ugly and horrible, maybe you’re not a bright, ugly, horrible person.  Perhaps the corners of the reed could be scraped to show you off better.  Just understanding the possibilities can make everything seem more manageable.

Oh, and my student?  She made a reed in our last lesson.  Just up and made it.  Total success.  Yay, Shannon!